Missions of the aircraft are: to drop paratroopers, carry troop forces and combat material with crews and armaments, including medium-sized battle tanks, airlift cargo for troop forces and transport for disaster relief operations.

IL-76 medium-range transport aircraft is produced by the Ilyushin Aviation Complex Joint Stock Company in Moscow, along with the Tashkent Aircraft Production Corporation in Tashkent, Uzbekistan. More than 500 aircraft have been produced since service entry in 1974.

There are several design variations, including the basic IL-76, IL-76M, IL-76MD and the IL-76-MF. In terms of design, aerodynamic configuration and flight performance characteristics, the IL-76M version virtually resembles the IL-76 basic aircraft, but has a maximum payload of 47t, compared to 28t for the IL-76.

In August 2007, the Russian Air Force revealed the Il-76MD-90, which has new Perm PS-90A76 engines and upgraded Leninets Kupol-76M avionics.

The aircraft is of a conventional aerodynamic configuration with a high-set, swept-wing and T-shaped tail unit. The crew cabin, cargo hold and rear compartment are pressurised. The beam-type fuselage has an oval section over the crew cabin and circular section over the cargo hold. The wing leading and trailing edges are fitted with high-lift devices, comprising deflectable five-section leading-edge slats, triple-slotted trailing-edge extension flaps, ailerons, spoilers and air brakes.

The air-drop and cargo handling equipment is intended to load, unload and air drop paratroopers and cargo, make the optimum arrangement of the cargo according to the logistical demands of the mission and securely tie down the cargo.

The equipment comprises a telpher (an overhead cargo system where the cargo can be suspended from an electrically powered rail), a roller conveyer, mooring / rigging, auxiliary parachute and ambulance equipment.

Onboard equipment is intended to execute airlifts and air drop missions by day and at night, in VFR and IFR (visual flight rules and instrument flight rules) weather conditions, as well as under hostile air defence conditions. 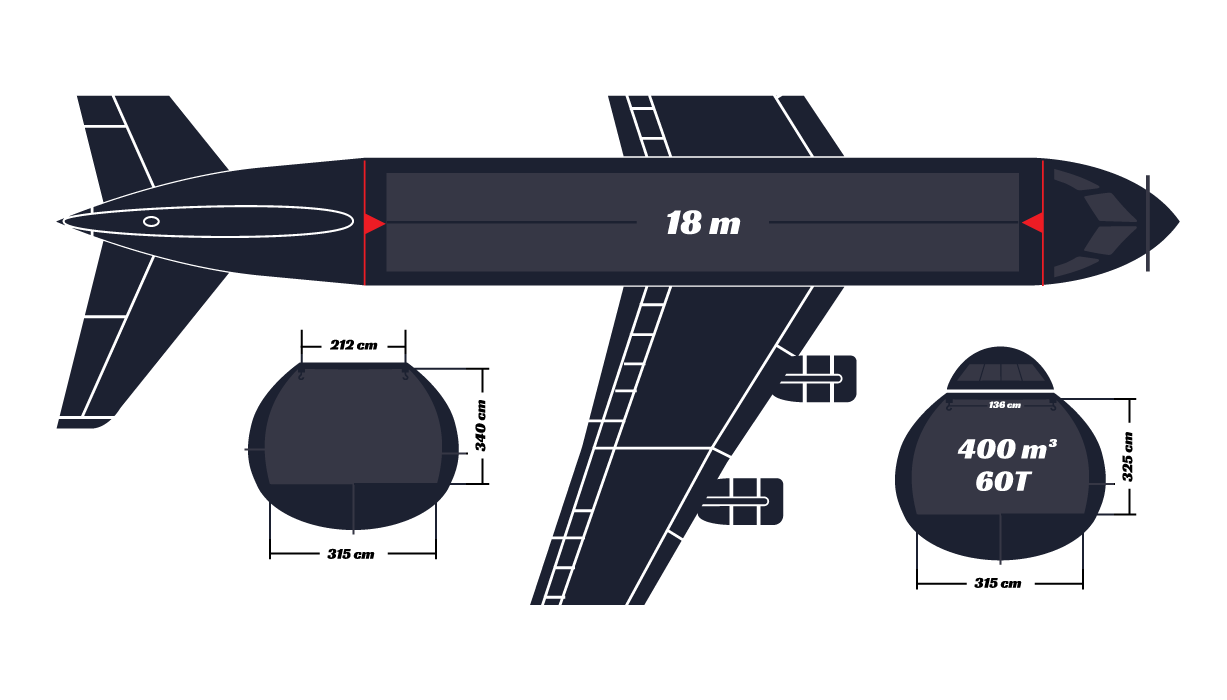