The Learjet is quite a contender in the competitive private jet market. Its cruise speed, cabin space, and technological advancements are greater than other light private jets. It has excellent range/payload flexibility and climbs quickly to elevations far above most air traffic and bad weather. Its range allows for nonstop flights from Chicago to San Francisco or from Singapore to Hong Kong — trips that few other light private jets could complete. Released in 2006, the Learjet 40XR is a version of the 40 and the larger 45, with improvements in hot-and-high performance, climb rates and estimated time en route. 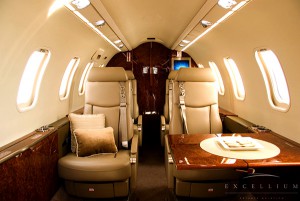 The Learjet 40XR’s cabin is highly competitive in its class. It stretches to a length of 17.7 feet, a width of 5.1 feet, and a height of 4.9 feet, totaling a cabin volume of 363 cubic feet.  A typical configuration seats six passengers in a club plus two arrangements. The external baggage compartment can store 50 cubic feet of baggage and there is an additional 15 cubic feet interior storage, a forward closet, and refreshment center.

Despite the high speeds of the Learjet 40XR, its fuel consumption remains relatively economical due to an aerodynamic design with winglets (cutting down on drag) and two fuel-efficient Honeywell TFE731-20-BR turbofan engines, rated at 3,500 lbs of thrust each.

The Honeywell Primus 1000 digital avionics suite is certainly up to par with the high-performing jet; its four cathode ray tube screens are located at logical positions on the control panel. The designers of the Learjet 40XR paid a lot of attention to arranging the avionics in an easy-to-use, logical layout, ultimately making the pilot’s job easier – and each flight safer.

The Learjet 40XR stands out in the world of light private jets, most likely because of its renowned heritage.  It flies long distances quickly and even provides enough room for optimal passenger comfort. Like its sibling, the Lear 40XR is a jet that deserves the hype. 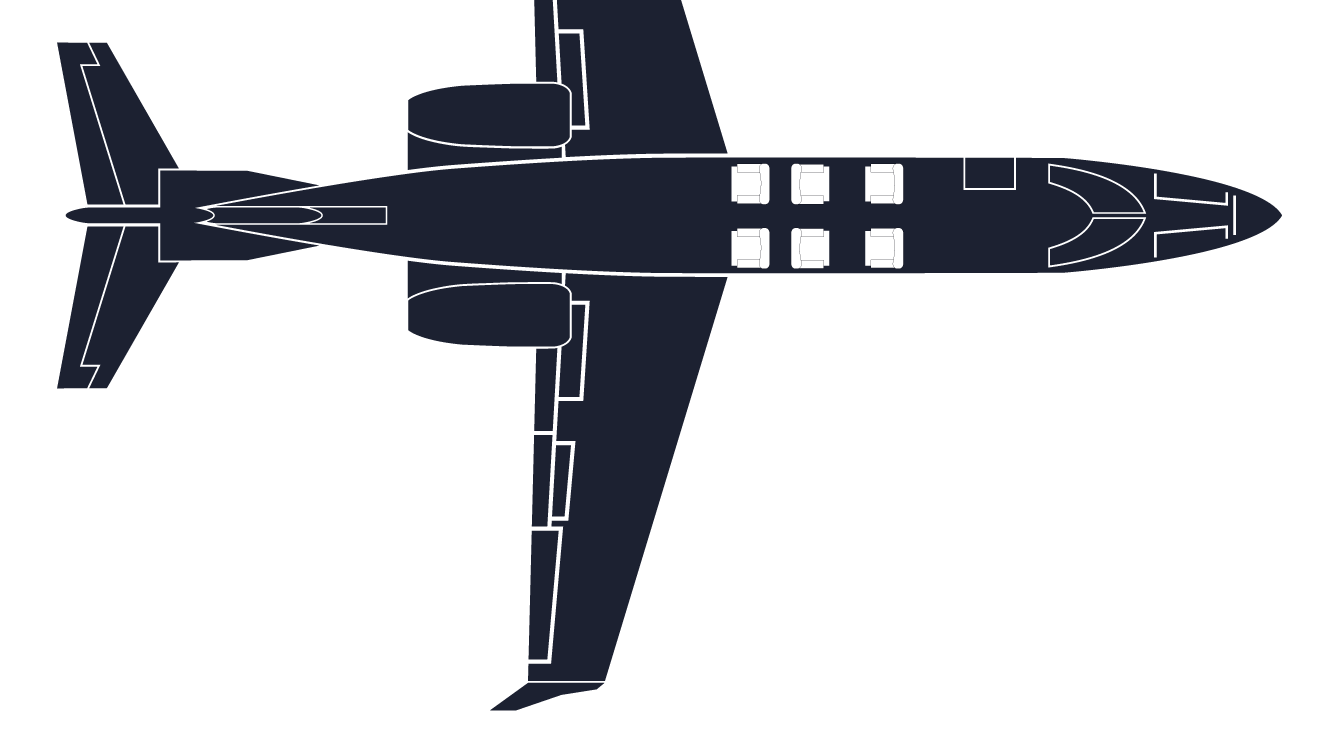