Eight years after the release of the successful Falcon 2000, Dassault released the Falcon 2000EX.  It still had all of the components that made the Falcon 2000 great – economy, speed, a large cabin – but improved on all of these elements to make an even better jet.

The cabin of the Dassault Falcon 2000EX has a volume of more than 1,000 cubic feet and usually seats between eight and twelve passengers.  A seating arrangement for as many as 19 passengers can be configured, if necessary.  In the standard eight-to-twelve seating arrangement, two seats can stretch out flat and combine so that passengers can actually lay down for a nap, just as they would do in a bed.  True to the French dedication to style, a wide variety of interior decorating options are available – for example, there are eighteen different metal finishes to choose from just for the bathroom sink alone.  131 cubic feet of baggage space is available, a total of 1,600 pounds. 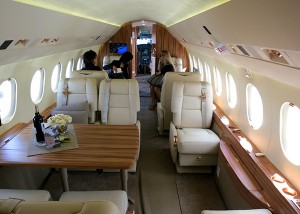 Another earmark of Dassault’s private jets is that they are easy to maintain.  This jet comes with fault monitoring and digital diagnostic systems, which help the mechanic in troubleshooting and repair work.  Most parts of the airplane are easy to reach.   The Falcon 2000EX was designed to spend as little downtime in the shop as possible. For example, its improved carbon brakes and the addition of a brake monitoring system give the brakes a 25% longer life than that of the Falcon 2000.

The Falcon 2000 was the first private jet that Dassault designed without a physical model.  Its design was completely digital, created by Computer Aided Three-dimensional Interactive Application (CATIA) software.  This software helped improve aerodynamic structure and simplified the airplane’s systems.

The Falcon 2000EX uses the Collins Pro Line 4 fully integrated avionics suite.  It centers on the Honeywell EASy Avionics panel, with four 8 x 10 inch flat panel display screens.  The avionics system was designed to be as functional and simple as possible.  Systems are grouped by function, and displays screens are close to the functions they control.  The system comes standard with an Allied  Signal GNS-XES FMS (Flight Management System), a Collins TWR-850 Doppler  weather radar, and a dual channel Integrated Avionics Processor System  (IAPS).

It is no small feat that the Falcon 2000EX trumped its predecessor. At the time of the 2000’s release, few other private jets could complete trips of 3,450 miles at .80 Mach with eight passengers.  For that matter, few jets offered as much passenger comfort as does the Falcon 2000, like seats that can be configured as beds.  Dassault turned one of their great successes into an even better achievement with the Falcon 2000EX. 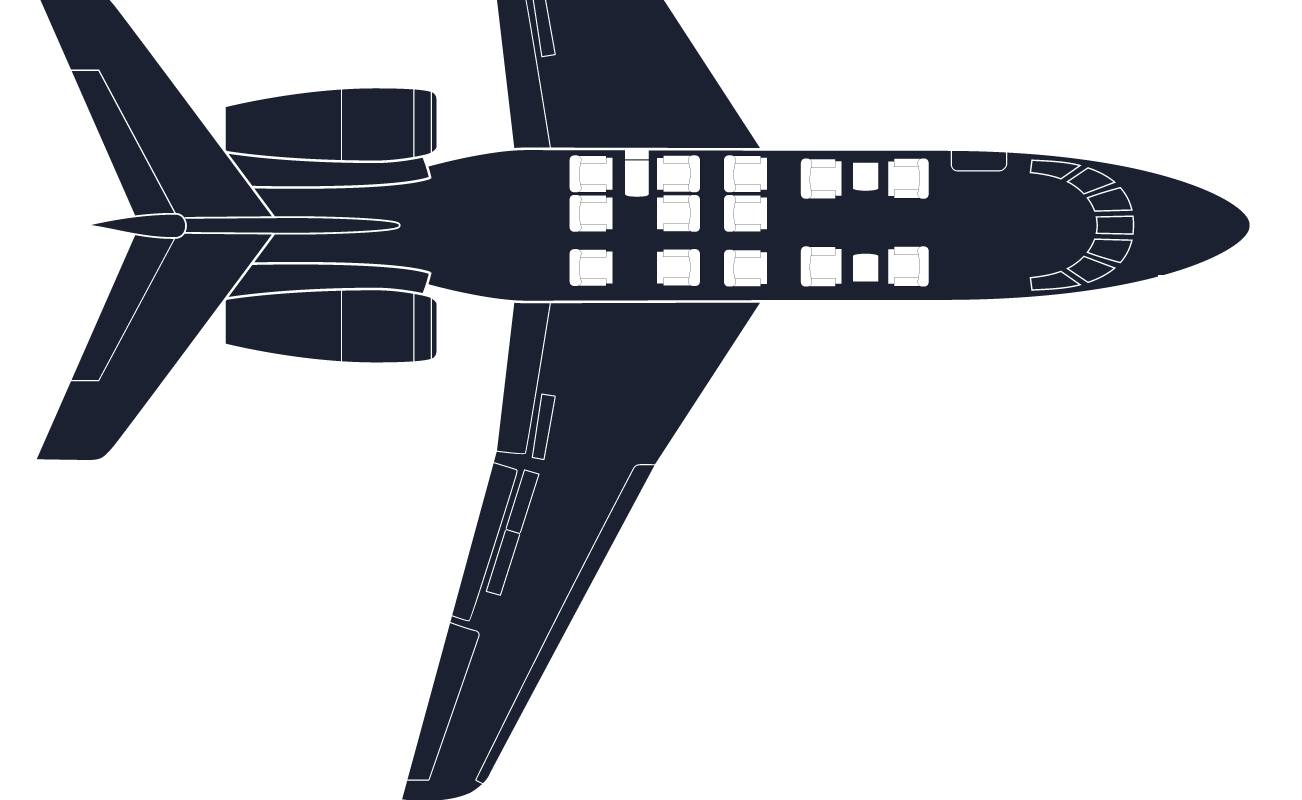