The CJ3 is the sixth generation of the popular Citation Jet series, a class of private jets designed to be economical and high-performing.  They aren’t the most luxurious private jets available, but they may be the most popular.  Business travelers like the idea of a private jet that understands bottom-line thinking, without sacrificing performance or reliability.  How does Cessna manage to create private jets with competitive capabilities and still keep costs down?  Simplicity.  The jets of the Citation series bypass much of the complexities of their competitors and use the most economic engines available.  The CJ3 is the jet that Cessna is calling “the largest, fastest, most advanced aircraft of its kind.”  Even taking into account Cessna’s natural bias towards their newest arrival in the Citation Business Jet fleet, their bold statement may be right. 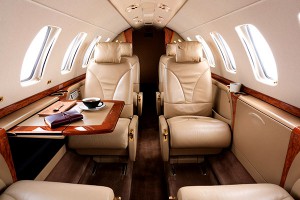 When Cessna redesigned their popular CJ2 private business jet, known for its low operating costs and high performance, the result was the CJ3: bigger, faster, and better. The cabin was stretched an additional two feet, and the wingspan widened by three feet. Its cruise speed outdoes the CJ2 with a significantly reduced fuel burn.

The CJ3 is extremely fuel-efficient.  Its owners continually report that it meets or exceeds Cessna’s fuel burn data of 150 gallons per hour.  The economy of its fuel burn can be largely attributed to Cessna’s choice of engines.  It uses two Williams/Rolls-Royce FJ44-3A turbofan engines, each of which delivers 2,780 lbs. of thrust on takeoff (480 lbs. more than the CJ2).

An additional contributing factor to the fuel-efficiency of the CJ3 is the use of natural laminar flow wings.  These wings delay the onset of flow separation longer, which significantly improves the lift-to-drag performance.

Also contributing to its low operating cost is the simplicity (but reliability) of its flight systems.  Engineers used the fully integrated Pro Line 21 avionics suite, the most advanced in its category.  Industry professionals have rated Pro Line 21’s avionics as the very best avionics system available for situational awareness and information management.

Despite the CJ3’s economy in flight, it allows for a surprisingly high payload. Its baggage compartments have the capacity to carry a total of 74.4 cubic feet of luggage.  The Citation Jets have been specifically designed to be able to easily operate from a short runway. The CJ3 can take off in just 3,450 feet.

The CJ3 has a significantly increased payload capacity in comparison to the CJ2. Its maximum take-off weight was increased to 13,870 pounds, and the maximum fuel weight rose to 4,710 pounds.  These alterations result in better maximum range/payload flexibility, offering owners more options in flight planning.  The most surprising result of the significant increase in payload is that, despite the additional weight, the CJ3 is faster than the CJ2.

Most private jet owners, originally interested in the CJ3 for its economical features, are pleasantly surprised by its comfortability.  It seats six passengers in the twenty foot, ten inch cabin.  Fourteen windows and a new configuration of LEDs make the cabin feel even roomier.  The cabin has multiple 110-volt AC power outlets and folding writing tables so that travel can be productive.

As usual, Cessna upholds its reputation for producing reliable, high-performing private jets at affordable costs, the CJ3 being the perfect example. It is designed to be efficient in both purchase and operation costs while still maintaining a good level of comfort and competitive range. 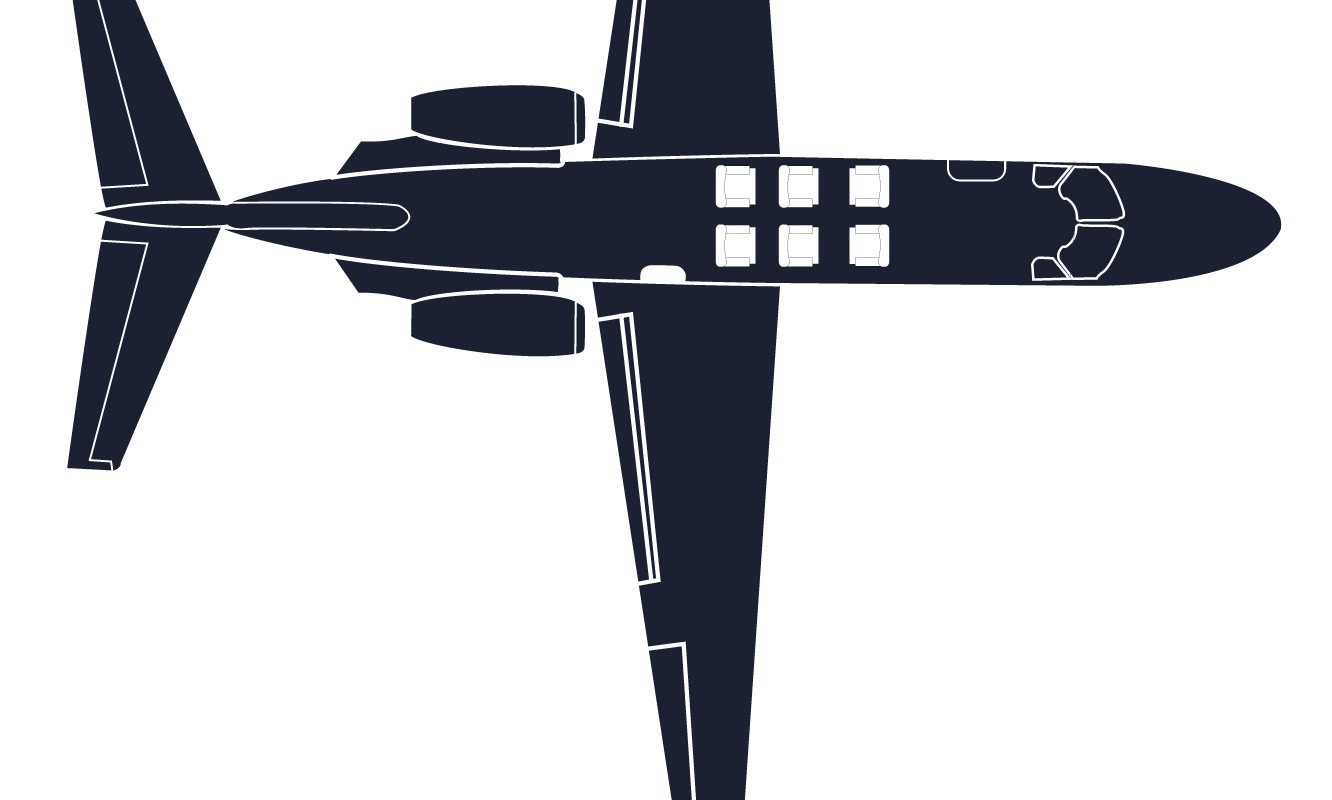