When Cessna redesigned their popular CJ1 private jet, known for its low operating costs and high performance, the result was the CJ2: bigger, faster, and better. The cabin stretched an additional thirty-three inches, the wingspan stretched an additional thirty-five. Its cruise speed outdoes the CJ by thirty knots with a significantly reduced fuel burn. 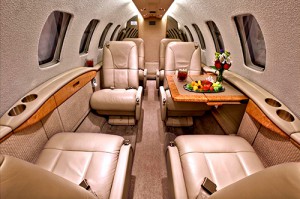 The design goals of the Citation Jet series can be summed up in three words: simplicity, economy, and performance. This proved to be a challenge, especially in creating an aerodynamic structure that is inexpensive to produce and handles well.  Previous Citations had used a straight wing, which slows the aircraft considerably but dramatically reduces production and design costs.  The Citation Jet upgraded to a natural laminar flow wing, which took four years to design in a joint venture between Cessna and NASA.  This wing delays the onset of airflow separation longer, which improves the lift-to-drag characteristics ten to fifteen percent when compared to earlier straight-wing designs.

The CJ2 is quite fuel-efficient, with an average fuel burn of 140 gallons per hour. The economy of its fuel burn can be largely attributed to Cessna’s choice of engines.  It uses two Williams/Rolls-Royce FJ44-2C turbofan engines, each of which delivers 2,400 lbs. of thrust on takeoff (400 lbs. more than the CJ1 and CJ1+). 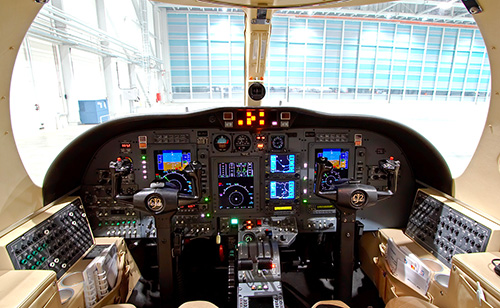 The CJ2 is extremely easy to fly and can be single-pilot operated.  The Citation line was designed for forward-thinking businessmen that would fly their own private jets to and from business meetings, resulting in several automated systems and a simple avionics system.  For those that don’t plan to fly their own jet, its ability to be flown by a single pilot offers greater flexibility in flight operations and reduced per-hour flight costs.

The CJ2 has a significantly increased payload capacity in comparison to the CJ1. Its maximum take-off weight was increased by 1,700 pounds and the maximum fuel weight rose by 780 pounds.  These alterations result in better maximum range/payload flexibility, offering owners more options in flight planning.  The most surprising result of  the significant increase in payload is that, despite the additional weight, the CJ2 is 30 knots faster than the CJ1 and has a range of 1,700 miles (1,480 nautical miles) while carrying four passengers, 440 miles further than the CJ1.

The cabin typically holds six passengers and has a total volume of 243 cubic feet.  Its three baggage compartments can carry a total of 1,100 pounds of luggage, all but 100 of which can be stored externally for a less cramped cabin.  The cabin is 50 cubic feet larger than the cabin of the CJ1, allowing for an additional seat.

The CJ2 maintains the tradition of the private jet Citation line: economy, simplicity, and performance.  Its operating costs are just as low as the original Citation Jet, but it offers a lot more range and a faster cruise speed.  Examples of possible nonstop trips include Washington, DC to Denver or Seattle to Oklahoma City. 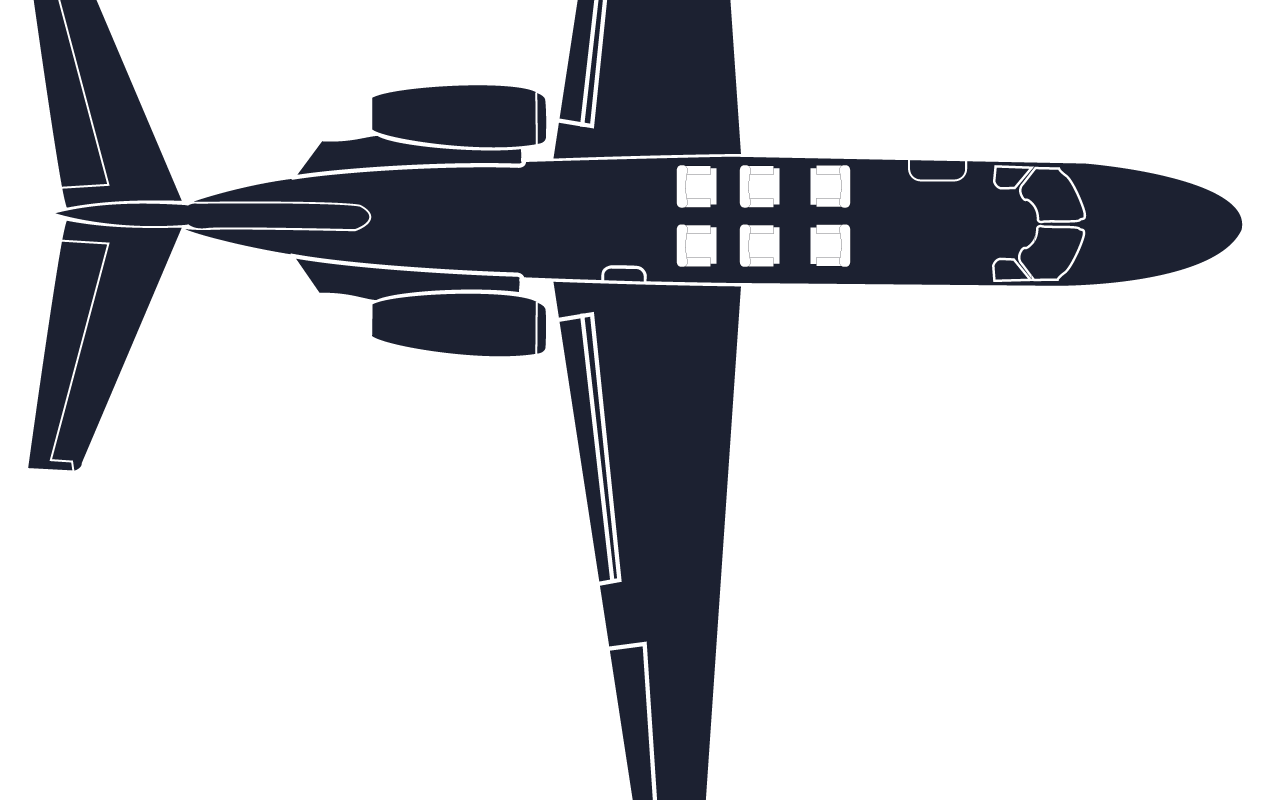