The Boeing 757 is a mid-size, narrow-body twin-engine jet airliner that was designed and built by Boeing Commercial Airplanes. It is the manufacturer’s largest single-aisle passenger aircraft and was produced from 1981 to 2004. The twinjethas a two-crew member glass cockpit, turbofan engines, a conventional tail and, for reduced aerodynamic drag, asupercritical wing design. Intended to replace the smaller three-engine 727 on short and medium routes, the 757 can carry 200 to 289 passengers for a maximum of 3,150 to 4,100 nautical miles (5,830 to 7,590 km), depending on variant. The 757 was designed concurrently with a wide-body twinjet, the 767, and owing to shared features pilots can obtain a common type rating that allows them to operate both aircraft.

The 757 was produced in two fuselage lengths. The original 757-200 entered service in 1983; the 757-200PF, a packagefreighter (PF) variant, and the 757-200M, a passenger-freighter combi model, debuted in the late 1980s. The stretched757-300, the longest narrow-body twinjet ever produced, began service in 1999. Passenger 757-200s have been modified to special freighter (SF) specification for cargo use, while military derivatives include the C-32 transport, VIP carriers, and other multi-purpose aircraft. Private and government operators have also customized the 757 for research and transport roles. All 757s are powered by Rolls-Royce RB211 or Pratt & Whitney PW2000 series turbofans.

The 757 is a low-wing cantilever monoplane with a conventional tail unit featuring a single fin and rudder. Each wing features a supercritical cross-section and is equipped with five-panel leading edge slats, single- and double-slotted flaps, an outboard aileron, and sixspoilers. The wings are largely identical across all 757 variants, swept at 25 degrees, and optimized for a cruising speed of Mach 0.8 (533 mph or 858 km/h). The reduced wing sweep eliminates the need for inboard ailerons, yet incurs little drag penalty on short and medium length routes, during which most of the flight is spent climbing or descending. The airframe further incorporates carbon-fiber reinforced plastic wing surfaces, Kevlar fairings and access panels, plus improved aluminum alloys, which together reduce overall weight by 2,100 pounds (950 kg).

To distribute the aircraft’s weight on the ground, the 757 has a retractable tricycle landing gear with four wheels on each main gear and two for the nose gear. The landing gear was purposely designed to be taller than the company’s previous narrow-body aircraft in order to provide ground clearance for stretched models. In 1982, the 757-200 became the first subsonic jetliner to offer carbon brakes as a factory option, supplied by Dunlop. The stretched 757-300 features a retractable tailskid on its aft fuselage to prevent damage if the tail section contacts the runway surface during takeoff.

Besides common avionics and computer systems, the 757 shares its auxiliary power unit, electric power systems, flight deck, and hydraulic parts with the 767. Through operational commonality, 757 pilots can obtain a common type rating to fly the 767 and share the same seniority roster with pilots of either aircraft. This reduces costs for airlines that operate both twinjets. 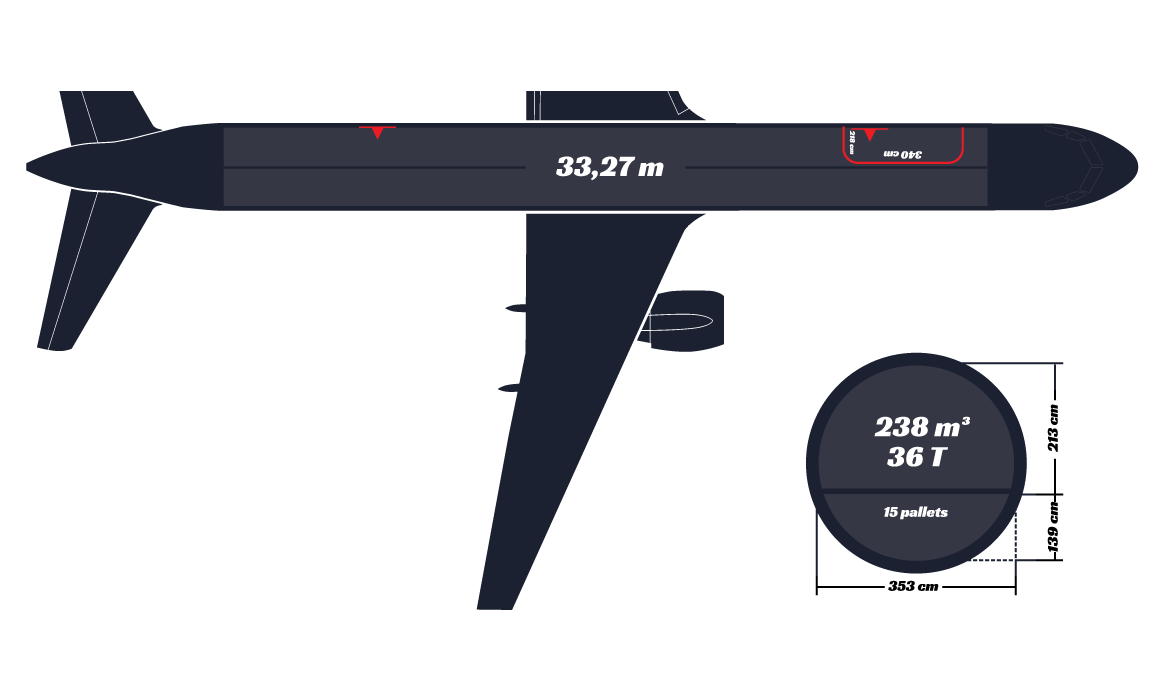