The McDonnell Douglas DC-10 is a three-engine wide-body jet airliner manufactured by McDonnell Douglas. The DC-10 has range for medium- to long-haul flights, capable of carrying a maximum of 380 passengers. Its most distinguishing feature is the two turbofan engines mounted on underwing pylons and a third engine at the base of the vertical stabilizer. The model was a successor to McDonnell Douglas’s DC-8 for long-range operations, and competed in the same markets as theLockheed L-1011 TriStar, which has a similar layout to the DC-10.

Production of the DC-10 ended in 1989 with 386 delivered to airlines and 60 to the U.S. Air Force as air-to-air refueling tankers, designated KC-10 Extender.[2] The largest operator of the DC-10 is U.S. cargo airline FedEx Express. The DC-10 was succeeded by the related McDonnell Douglas MD-11. Boeing, which merged with McDonnell Douglas in the 1990s, conducted an upgrade program that equipped many in-service DC-10s with a glass cockpit that eliminated the flight engineerposition; the upgraded aircraft were re-designated as MD-10s. The DC-10’s last commercial passenger flight took place in February 2014.

The DC-10 is a low-wing cantilever monoplane, powered by three turbofan engines. Two engines are mounted on pylons that attach to the bottom of the wings, while the third engine is encased in a protective banjo-shaped structure that is mounted on the top of the rear fuselage. The vertical stabilizer, with its two-segment rudder, is mounted on top of the tail engine banjo. The horizontal stabilizer and its four-segment elevator, is attached to the sides of the rear fuselage in the conventional manner. The airliner has a retractable tricycle landing gear. To enable higher gross weights, the later -30 and -40 series have an additional two-wheel main landing gear, which retracts into the center of the fuselage.

It was designed for medium to long-range flights that can accommodate 250 to 380 passengers, and is operated by a cockpit flight crew of three. The fuselage has underfloor stowage for cargo and baggage. 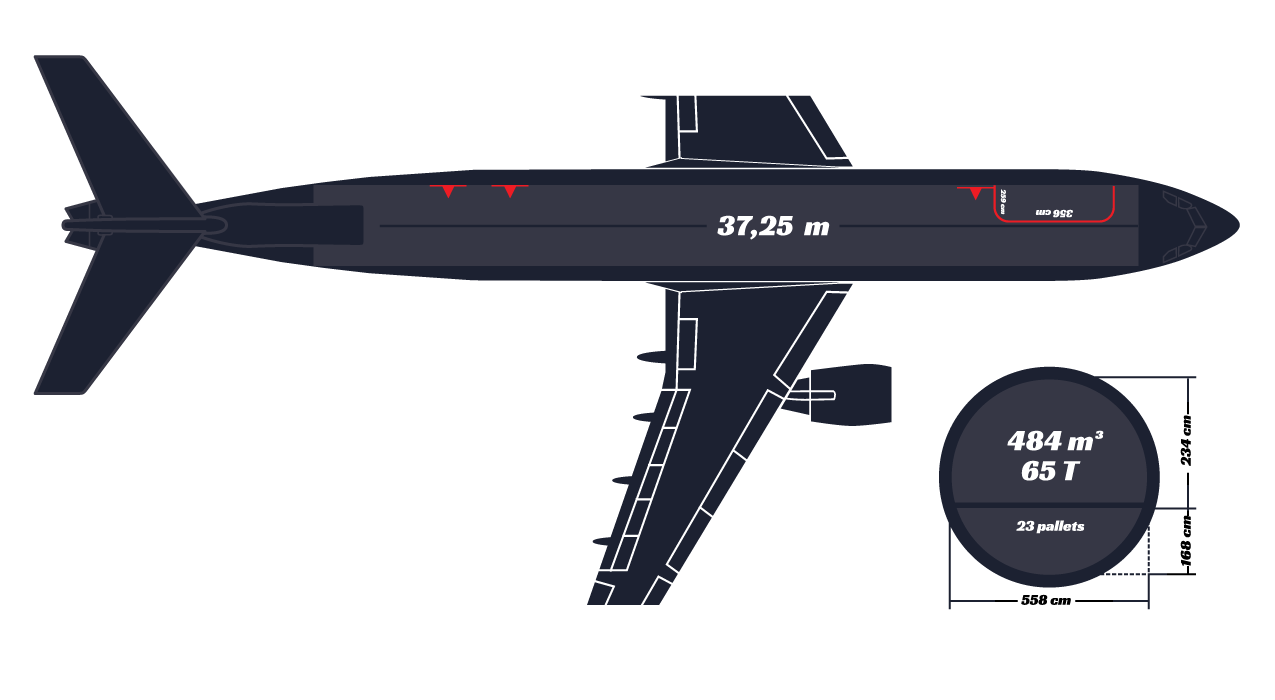