The AN-124-100 commercial aircraft has been developed on the basis of the AN-124 “Ruslan” heavy military transport aircraft. It is the biggest serial heavy lifter in the world. It is intended for the transportation of heavy and oversized cargo and various special-purpose vehicles. In 1992, ANTONOV obtained the Type Certificate for the AN-124-100. The aircraft meets the noise level requirements of Part III, Appendix 16, of the ICAO regulations, requirements relating to emissions of aviation engines, accuracy of piloting, flights under conditions of short vertical separation spacing, etc.

The AN-124-100 has a double-deck fuselage layout. On the upper deck, there is the cockpit and relief crew compartment and the cargo attendants’ cabin. The lower deck is a pressurized cargo compartment. The construction and dimensions of the forward and rear cargo doors, closed with ramps, ensure quick and easy loading/unloading operations. The onboard ceiling mounted cranes allow loading/unloading without ground equipment. The multi-wheel landing gear with rough-field capability, two APUs and mechanized loading enable independent operation of the aircraft from poorly equipped airfields. Simplicity, reliability and safety of the aircraft operation are ensured by the redundancy and computerization of its systems.

The aircraft’s unique cargo capacity and high performance have been proved through commercial operations which have opened up new segments of the air cargo market: the transportation of oversized and extra-heavy cargo. The AN-124 has been used to deliver 90 ton hydraulic turbines, the Liebherr large dimension mobile crane, the USA Euclid mine truck, the fuselage of the Tu-204 passenger aircraft, a 109 ton locomotive, General Electric GE90 aircraft engines, various combat vehicles, Lynx anti-submarine helicopters, a spaceship in its container and other unique cargoes. It rescued refugees and people suffered from natural disasters, transported tanks and Christmas trees, elite fast horses and cruise yachts, concert equipment and reconnaissance aircraft, banknotes and pure gold. The list of its cargo is endless – in this sense it can be called as the most universal airplane in the whole history of aviation.

AN-124-100 often carries cargo which cannot be delivered with other transport. For example, only Ruslan was able to return a relic to the people of Ethiopia. It carried this relic — the granite obelisk from the grave of the ruler of the powerful kingdom of former times situated in the north of Ethiopia – from Italy to Ethiopia. Transportation of the water deminiralizer weighing 72 t by AN-124-100 to Marshall Islands was much appreciated by the government of this state. It decided to immortalize that transportation with issue of the collection postage stamp.

ANTONOV Company’s transport subdivision known as ANTONOV Airlines operates 7 Ruslans. In the international market, the airlines work in close cooperation with Russian Volga-Dnepr Group of Companies. In 2010, Ruslan International, a commercial management company responsible for air transportation of oversized cargoes by AN-124-100 Ruslan from the joint fleet of ANTONOV and Volga-Dnepr,  was listed as “D&B Rating 1” among the companies of UK and Ireland. 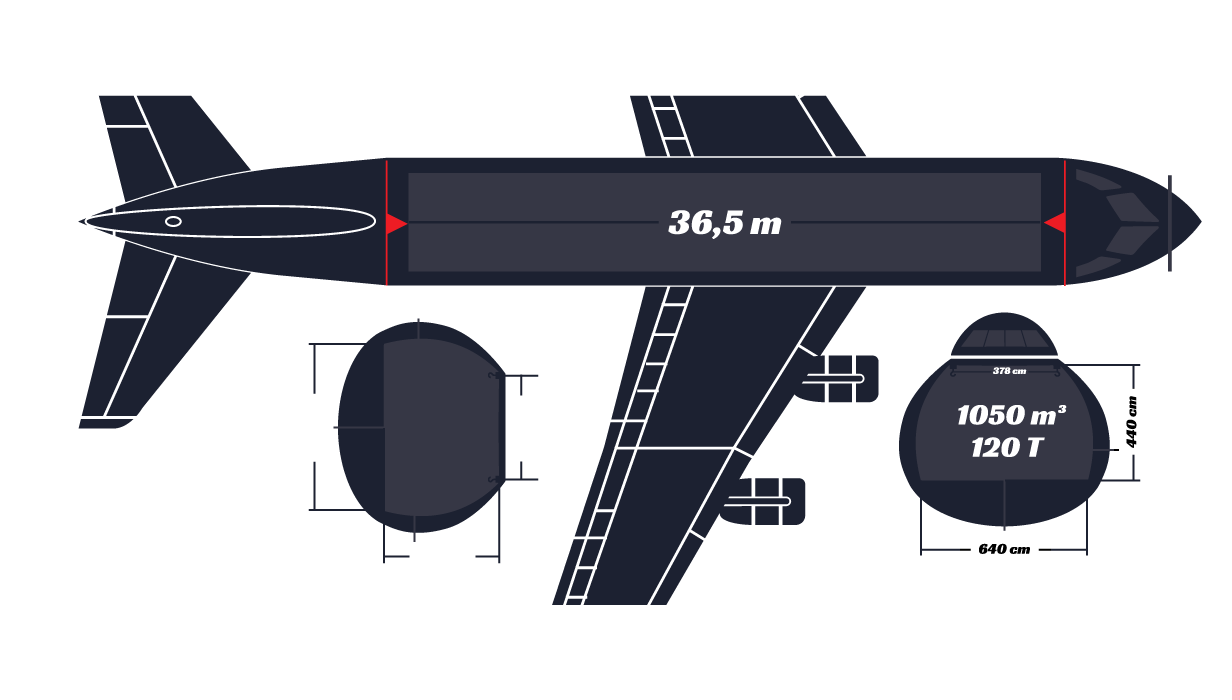