The Piaggio P180 Avanti is an Italian executive transport aircraft with twin turboprop engines mounted in pusher configuration. It seats up to nine passengers in a pressurized cabin, and may be flown by one or two pilots. The design is of three-surface configuration, having both a small forward wing and a conventional tail plane as well as its main wing, with the wing spars passing outside of the passenger cabin area.

Design studies began in 1979 and designs were tested in wind tunnels in Italy and the United States in 1980 and 1981. A collaboration with Learjet to develop the aircraft began in 1983 but ended on 13 January 1986, with Piaggio continuing development on its own. The first prototype flew on 23 September 1986. American and Italian certification was obtained on 2 October 1990. Learjet’s influence can be seen in the two “delta fins” mounted on the bottom of the tail, as found on most Learjets; these devices help provide yaw stability and pitch stability at high angles of incidence. 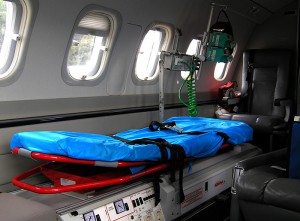 The first 12 fuselages were manufactured in Wichita, with H & H Parts and Plessey Midwest, then flown to Italy for final assembly. Avanti Aviation Wichita ran out of money in 1994; the project languished until a group of investors led by Piero Ferrari became involved in 1998. The 100th aircraft was delivered in October 2005 and the 150th in May 2008. Piaggio has reported that, as of October 2010, the Avanti and Avanti II fleets have now logged over 500,000 flight hours.

The Avanti is marketed as being faster than other turboprops and many mid-sized jets, while being up to 40% more fuel efficient than market-competing jets.

The Avanti’s turboprop engines are placed on a mid-set, high aspect ratio wing located just behind the cabin. The three-surface design incorporates both a T-tail and a pair of small, fixed forewings having slight anhedral and landing flaps. On the Avanti II these flaps automatically deploy in concert with main wing flaps. This reduces the load on the tail plane, even when the flaps are deployed, by reducing the pitch-down moment created by the deployment of the main wing flaps. This in turn allows the size of both the tail plane and the main wing to be reduced. This particular three-lifting-surface configuration was patented in 1982.

The forward wing’s angle of incidence relative to the fuselage is set so that it stalls before the main wing, producing an automatic nose-down effect prior to the onset of main wing stall; its five-degree anhedral (negative dihedral) keeps the stream wash interference clear of the engine inlets, the main wing and the tail plane.

The cabin cross-section varies continuously along the length of the aircraft; the shape approximates a NACA airfoil section, and the slowly changing curve helps prolong laminar flow on the front of the fuselage. Piaggio claims that the fuselage contributes up to 20% of the Avanti’s total lift, with the front and rear wing providing the remaining 80%. Due to the unusual fuselage shape, the mid cabin is considerably wider than the cockpit. The front and rear airfoils are custom sections designed by Dr. Jerry Gregorek of Ohio State University’s Aeronautical and Astronautical Research Laboratory to achieve a drag-reducing 50% laminar flow at cruise. The company claims the overall design of the P180 Avanti II enables the wing to be 34% smaller than on conventional aircraft.

The P180 is said to have good fuel efficiency relative to other small turbojets flying in the same speed and altitude range. Flight International stated: “The Avanti has no direct turboprop competitors, its closest jet rivals are the Raytheon Premier I and the Cessna Citation CJ2+… Piaggio says low-drag laminar flow is maintained to around 50% of wing chord, compared with around 20–25% for conventional tractor turboprops where propeller wash disturbs the airflow over the wing… specific air range at high altitude is 3.4km/kg (0.84nm/lb) compared with around 2km/kg (0.49nm/lb) for current jets or 2.7km/kg (0.67nm/lb) for other turboprops.” By this estimate, mileage is 70% better per-fuel-unit than comparable jet aircraft, however this extreme efficiency is achieved only at a relatively slow 315 KTAS and FL410.[P180 Avanti II Specifications now show slightly lower numbers for specific range of 3.1 km/kg (0.76 nm/lb).