Gulfstream is one of the most successful and well-recognized private jet manufacturers and the leader in large-cabin jets.  Their aircraft has received exceptional reviews for many years.  The Gulfstream G550, an ultra-long range, intercontinental jet, is the vastly improved iteration of Gulfstream’s well-known GV.  It can fly faster, farther, simpler and with more room than its counterpart.  Gulfstream created the G550 to combat tough competition in the heavy-iron category in the 1990’s.  Among its noticeable improvements are enlarged cabin space and more passenger amenities for the ultimate flying experience. 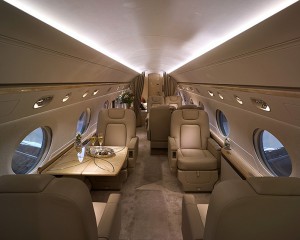 An area that can always be improved/upgraded is the cabin.  Cabin space can never be excessive, especially in air travel, and Gulfstream realized this.  Significant modifications make the G550 more space-efficient and longer, measuring 42.6 ft. (Height is 6.2 ft and width is 7.3 ft max.) The main entry door was strategically moved two feet forward and the jet employs a new, smaller avionics system, both of which lend 58 more cubic feet of usable cabin space.  The forward galley layout adds six feet in length, while the aft galley configuration adds five. Two additional windows are integrated as a result.  While the cabin can carry 19 passengers, it is normally configured for eight to ten in an executive arrangement.  Amenities include a full lavatory with shower, a conference/dining room, and/or multiple work stations, and a crew rest area.

Changes in airframe design also yield major improvements, specifically enhancing performance.   Topped tanks allow the G550 to travel a greater distance with more passengers than any business jet in production at the time of its release.  The G550 can travel 6,750 nautical miles at Mach .80, with a speed of 460 knots.  Its maximum cruise speed is an astounding Mach .87.  The jet is able to complete the 7,301 nm trip from Seoul, South Korea to Miami, Florida, surpassing the previous record set by its predecessor, the GV.  Drag reducing modifications have also contributing to the G550’s exceptional statistics.  Engineers reconfigured the cabin pressurization outflow valve so escaping air would provide additional thrust power.  The wing contour has been changed to a more blunt design.

Gulfstream fitted the G550 with two BMW/Rolls Royce BF 700-710-C4-11 turbofan engines.  Each is rated at 15,385 lbs of thrust and is inspected “on condition.”  These engines produce a tremendous amount of power, allowing the jet to travel long-range distances and complete record-breaking missions. 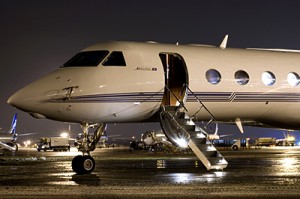 Glass cockpits were just an innovative idea in the early 2000s until Gulfstream incorporated one into their G550’s avionics system.  A version of Honeywell’s Primus Epic, Planeview allows pilots to operate every system of the aircraft through convenient keyboards/knobs as well as two cursors.  All information is displayed on four 14-inch flat-panel inboard and outboard screens, and a head-up display (HUD) makes for easy viewing when looking out of the windshield.  A major feature of the system is the integration of I-NAV, the first interactive navigation system.  I-NAV allows pilots to interact with the flight plan by selecting-and-clicking options such as “direct to” locations and “add” or “delete” routes, waypoints or arrivals/departures.  Pilots are able to zoom, pan and split screens for more convenient viewing.   I-NAV renders in real-time for improved situational awareness.

When looking for a long-range, large-cabin business jet, Gulfstream stands out above the rest.  With intelligent and innovative engineering, the G550 outshines its competitive predecessor. The G550 manages to make just the right amount of changes to improve in every area possible – faster, further, bigger and more advanced. It is without doubt that the G550 offers upstanding intercontinental performance without sacrificing comfort or extravagance. 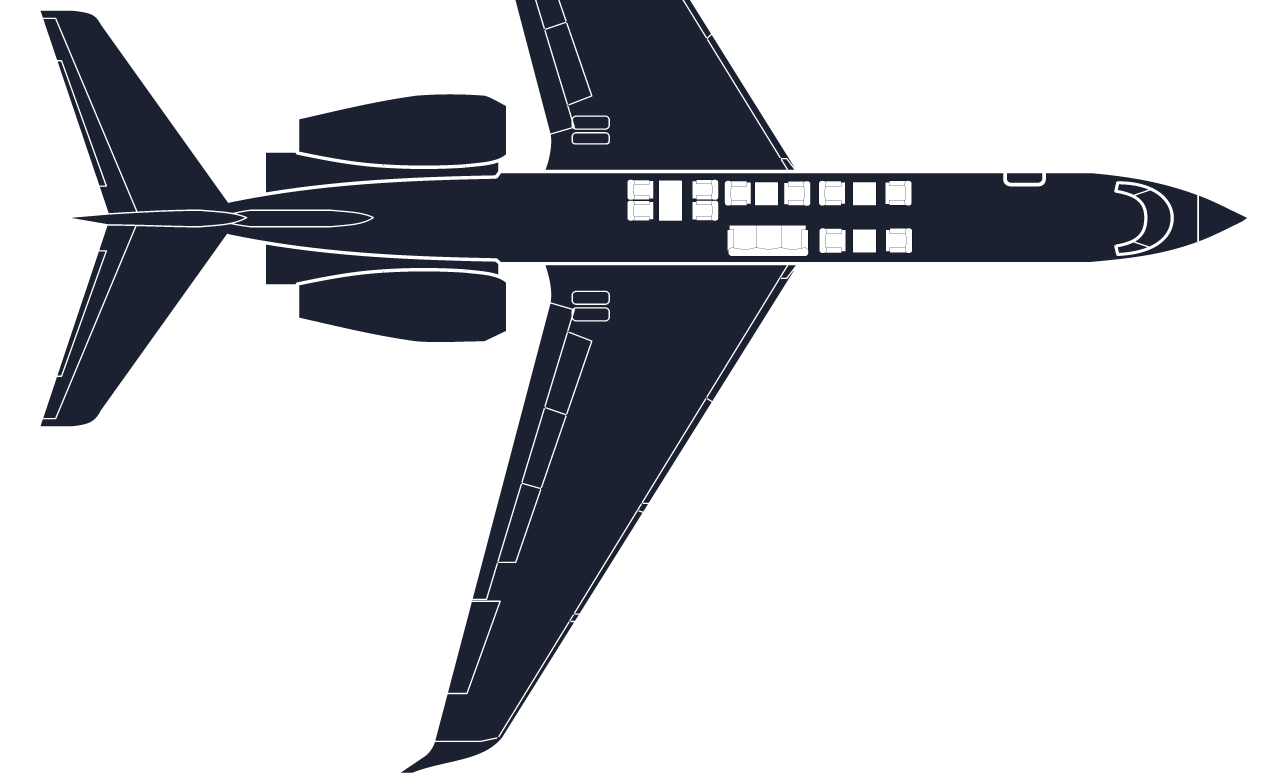