There was much excitement in the aviation community when Cessna first announced its goals for the Citation X – in short, to completely outdo the competing private jets. Cessna exceeded everyone’s expectations with the Citation X – it was the fastest, most comfortable, and most efficient jet on the market. It was even awarded the prestigious Collier Trophy in its debut year, in honor of the advances it had made in aviation and aerospace technology.

The Citation X truly is the fastest mid-sized business jet available.  It regularly cruises at .90 mach.  It can fly from Los Angeles to New   York in less than six hours, or from Pittsburg  to San Diego in  four hours flat.

Getting the Citation X to cruise at .90 Mach was no small feat. Aerospace engineers spent months analyzing the jet’s aerodynamic structure with computational fluid dynamics computer technology. The proposed design of the jet was subjected to tests in a wind tunnel, and then analyzed by computer programs to locate the problematic high-drag areas. Subsequently, precision instruments corrected the frame, sometimes to as little as 1/100,000th of an inch. These minute modifications went on for months.

The end result, as already stated, was unequalled speed. It stands to reason that since Cessna spent so much effort on fine-tuning the aerodynamic structure of the jet, little attention would be given to fuel efficiency. But, since Cessna’s objective is to make high-performing, fuel-efficient business jets, the Citation X has a fuel flow of 336 gallons per hour. At the time of its debut, not only was it the fastest private jet, it was also the most fuel-efficient mid-sized business jet on the market.

At the time of its design, engineers all over the private jet industry were being pressured to create more reliable, higher-performing products that operated at a drastically lower cost. Rolls-Royce certainly met the requirements in the creation of the high-bypass AE3007C1 turbofan engine, which delivers 8,600 pounds of thrust. It was later fine-tuned specifically for the Citation X to run at a lower temperature so that the jet could run its engines longer. The engines on the Citation X had the highest thrust-to-weight ratio available at that time as well as the lowest specific fuel consumption for a private jet in its class.

Rolls-Royce implemented the Full Authority Digital Engine Controls (FADEC) system on the AE3007C1 engine. The system manages the engine’s performance for the pilots so that no damage is incurred through excessive speed or operating estimates. This system makes the pilot’s job a lot easier and greatly reduces engine wear and tear. The engines have fewer obligatory scheduled inspections than other similar engines, and are generally reported to be extremely reliable. 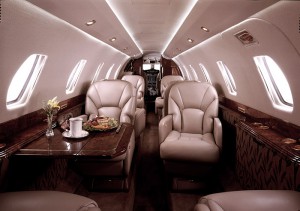 In case the bragging rights that come with owning the fastest mid-sized business jet aren’t enough, consider its cabin. The cabin stretches to a length of 23.9 feet and a width of 5.5 feet (the most spacious cabin at that point in the Citation series). The ceiling is 5.7 feet high. Standard seating configurations include eight “executive” seats (extra-large, extra comfortable seats with full reclining capacity) and a fully equipped galley. A bathroom, large enough to double as a dressing room, is located at the rear of the private jet and a closet, large enough to store garment bags, is within reach.

The Citation X’s baggage storage compartment is heated and pressurized so that belongings won’t be damaged in flight. The compartment holds a total of 82 cubic feet, or roughly 770 pounds of luggage.

One last feature of the Citation X that is usually not discussed when comparing private jets is its external visual appeal. The sleek design, featuring clean lines, looks fast, even when it is just sitting in a hangar. The bragging rights that come with it aren’t so bad, either — .90 Mach isn’t a cruise speed that private jets normally reach.

Of course, no discussion of Cessna’s private jets would be complete without mentioning their choice of avionics – in this case, the Honeywell Primus 2000 autopilot/flight director system. This system has five 7×8 inch screens that replace standard analog instruments with a clean, easy-to-read EICAS display. It has a dual flight management system and comes standard with Honeywell GPS. In 2004 Cessna announced that Enhanced Vision System: a useful tool which uses  infrared sensors to create a visual for the pilot when flying IFR (Instrument  Flight Rules), such as during snow and rain storms, fog, or at night as an option on the Citation X.

The Citation X truly merits all of the excitement and hype it has garnered. It is a versatile jet that can efficiently handle both short trips and international flights, and is unmatched in speed, efficiency and reliability. It isn’t without good reason that Cessna calls the Citation X the “fastest, most efficient business jet ever built.” 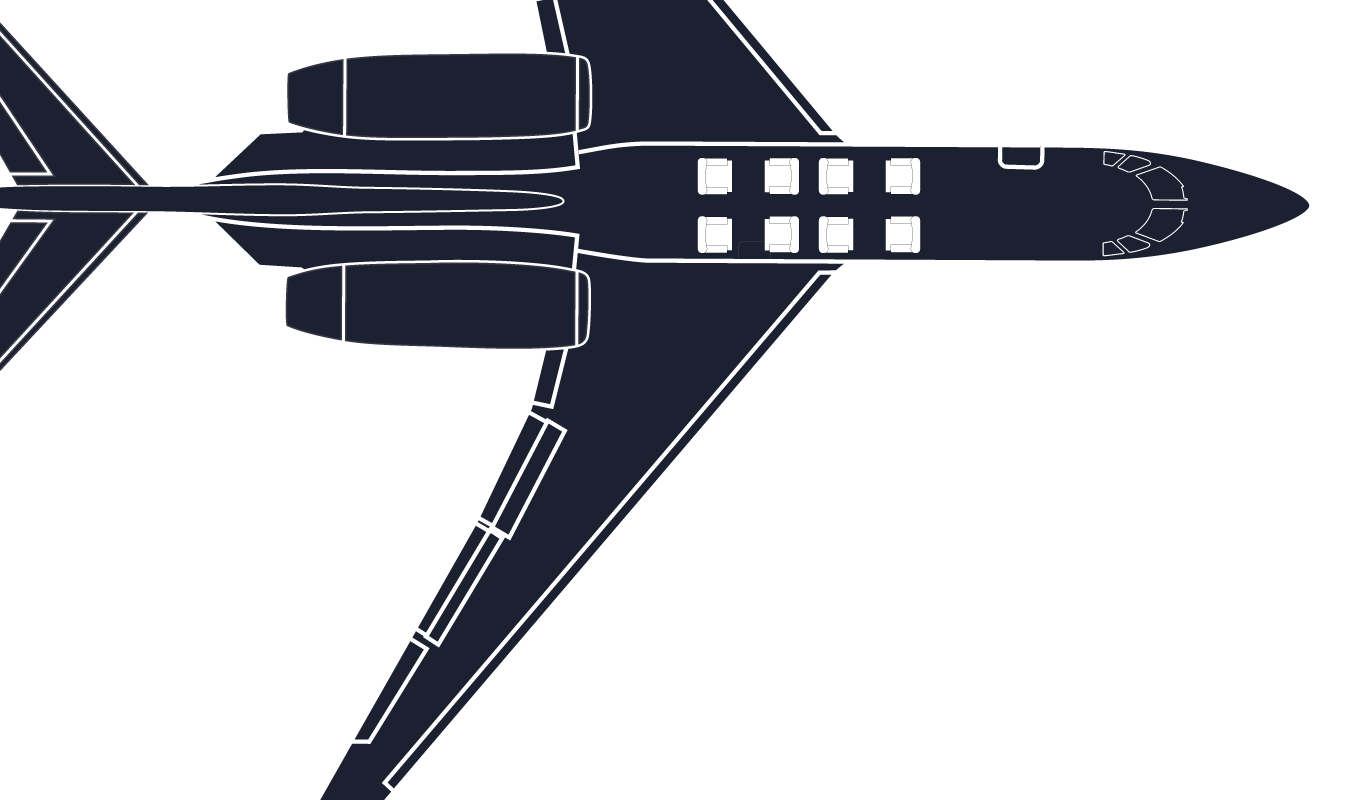