The Learjet 60 is said to have been designed for a niche market – private jets that climb quickly to high cruise levels, have fast cruise speeds, operate economically, and are reliable.  It would seem that those features would  attract more than a niche worth of buyers, but the important point is that the  Learjet 60 more than lives up to these expectations. 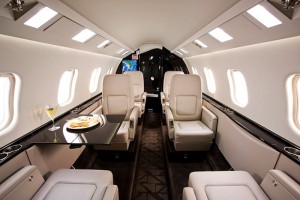 The cabin of the Learjet 60 is the biggest yet in the Learjet line. Able to hold seven or eight passengers, the cabin is designed to have the most space where it counts – specifically, elbow room for seated passengers. Amenities like fold-out work tables and radio phone come standard, and a fax machine, microwave, and coffee maker can be added as desired.

The strongest feature of the Learjet 60 is its cruise performance.  It can climb to its cruise level of 43,000 feet in less than fourteen minutes when loaded to its maximum takeoff weight of 23,500 pounds.  Once at cruise level, it can reach speeds of up to 457 knots (about .76 Mach).  It has a transcontinental range of 2,590 miles (2250 nautical miles) when carrying six or seven passengers.  With an average fuel consumption of 203 gallons per hour, the 60 is surprisingly comparable to smaller light weight private jets.

A large contributing factor to Lear 60’s speed is its aerodynamic design.  For the first time  in a Learjet, the NASA/Boeing Tranair computational fluid dynamics (CFD)  software was used; the software locates points on the jet that cause excessive  drag, resulting in a 4% reduction in overall drag.

Pratt & Whitney Canada supplied the engines for the Learjet 60: two PW305A turbofans.  They are flat-rated to 4,600 pounds of thrust each to reduce takeoff noise, but have the capacity to provide 5,225 pounds of thrust.  The choice to reduce noise levels resulted in a 70.8 EPNdB output on takeoff and an 87.7 EPNdB noise level on landing.  All of the engine’s functions are controlled electronically by a FADEC (Full Authority Digital Engine Control) system.  It automatically regulates engine performance in flight to reduce pilot workload.

As can be expected in a Learjet, the Learjet 60 handles exceptionally well.  It has very heavy wing loading, resulting in very smooth flights, even when flying through turbulent areas.  The new speed-proportionate nosewheel steering system makes the jet easier to handle on the ground, and stronger wheel brakes assist in landings and ground control.

The Learjet 60 uses the Integrated Pro Line 4 avionics system.  It is controlled centrally by an IAPS (Integrated Avionics Processing System), which links to all of the other flight systems and controls.  The displays are consolidated into four large-format electronic displays for a sleek, modern control panel layout.  The IAPS contains a flight guidance system and FMS for short-range navigation.  An Automatic AlliedSignal digital cabin pressurization system regulates cabin pressure throughout the flight without any need for pilot input – one only needs to input the elevation of the destination, and the system controls the rest.

If the Learjet 60’s climb and cruise performance aren’t enough, consider its operating cost.  Overall costs rival even the best-selling jets of its size.  And when compared to average jets in its class, the Learjet 60 consistently comes out on top in cruise speed and range.  In short, it’s hard to find a longer-range, faster private jet anywhere. 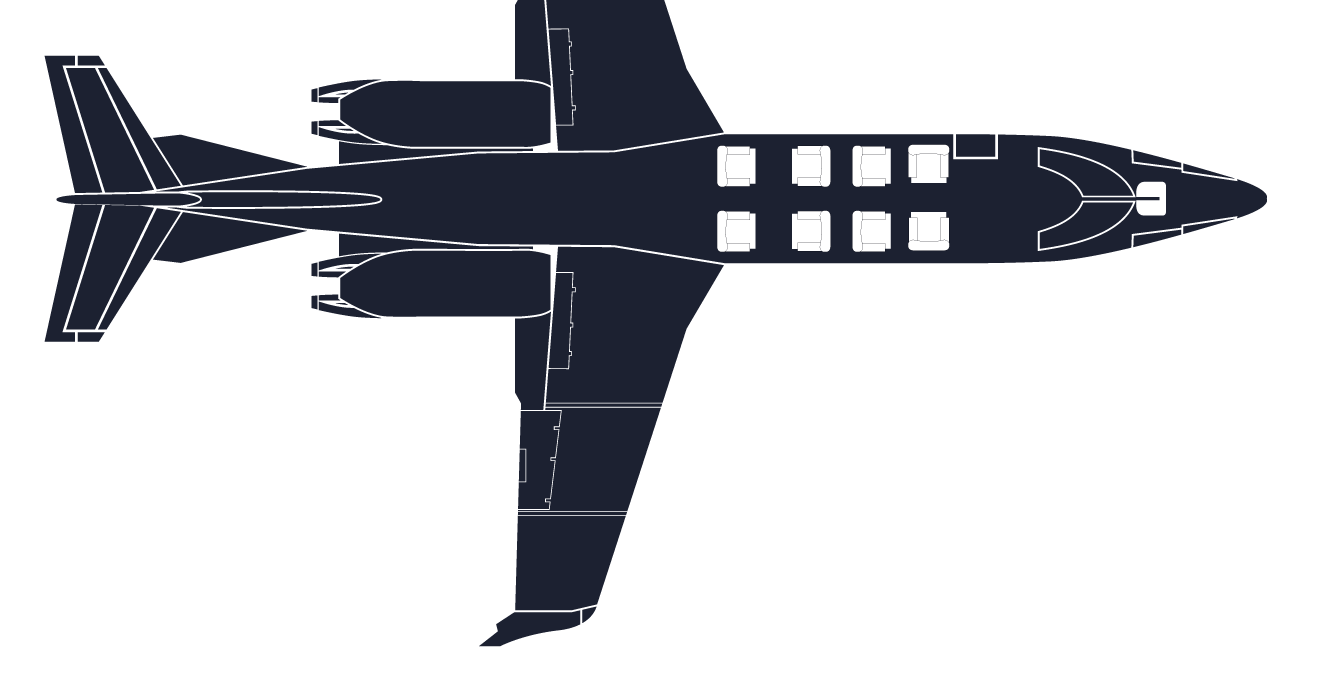